All that Glitters By Udita Jahagirdar, MD. FACOG

A plethora of booths showcasing Indian Jewelry is a feature of every convention of Indian heritage. To the Indian psyche possession of jewelry goes far beyond satisfaction of vanities and personal adornment. Jewels are investment for future need in case of emergencies and financial downturn, heirlooms passed on to generations as a mark of cultural preservation, an armor against evil influences of the stars and unknown forces that govern one’s existence  and of course to enhance appearance and flaunt economic success.

Use of jewelry prospered in India since the ancient times owing to the abundance of gold, silver, precious and semiprecious stones. The style of jewelry evolved over the years, reflecting the many cultural influences that India absorbed. Terra cotta figurines unearthed in the area of Indus Valley civilizationshow extensive use of beads of various shapes sizes and semiprecious stones such as shell, agate,carnelian lapis lazuli and lime stone. The Indian epics of Ramayana and Mahabharata are repletewithreferences to precious ornaments. Thus Sita resplendentin her wedding finery receives, “chudamani” an ornament for the head from her father King Janak who had received it from Kubera the god of wealth; to entice Sita the demon Maricha assumes the form of a golden deer, Sita in her captivity is given the “mudreyaki” or signet ring of Rama by Hanuman and in return sends a pearl jewelry to be given to Rama as a token of her devotion. The first loss that Yudhishtir suffered in the gambling sessions with the Kauravas was a pearl, and Karna was born with Kavach Kundal attached to his body. 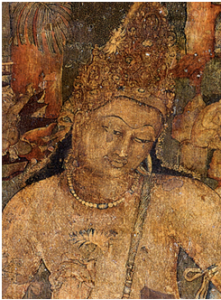 Ellora,Karla, Kanheri,Barhut,Sanchi,Puri, Khajuraho, Meenakshi and other temples and monuments that dot the Indian subcontinent. Both men and women are depicted adorned with headgears, ear, nose and neck pieces, cuffs and bangles for arms, ankles, girdles and belts for the waist and rings for fingers and toes. They reflect floral and geometric motifs and designs taken from the nature and provide a treasure trove of designs for the artist of today.

The styles in jewelry differ in the various regions of India and so does the method of jewelry making. The many tribes of India have their own distinct and stylized metal and wooden ornaments which have become popular among the fashionistas of today. Folk jewelry is also a traditional item reflecting the kind of gifts given at life’s milestones such as birth, naming ceremony and marriage.

Today the Indian craftsmanship is appreciated the world over. India is a must see destination for any serious jewelry maker. Kashmir is famous for lac silver jewelry and use of turquoise, Delhi is famous for Kundan, Meenakari and gem setting is popular in Rajasthan, delicate filigree work in Orissa and Andhra Pradesh and the south is famous for temple jewelry.

The Gujarathi jeweler has established India as the center of the diamond cutting business and substantial trade in the diamond industry in Belgium is controlled by Indian merchants. India is among the top nations in gold consumption, it is the largest diamond polishing center and gem and jewelry export is emerging as an important foreign exchange earner.

So rejoice in your Indian ornaments and celebrate your cultural heritage and artistry. 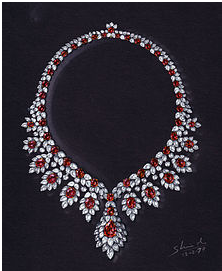 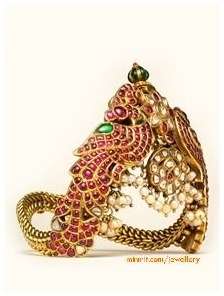 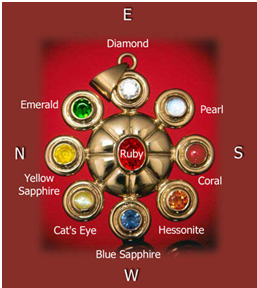 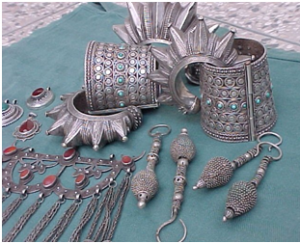